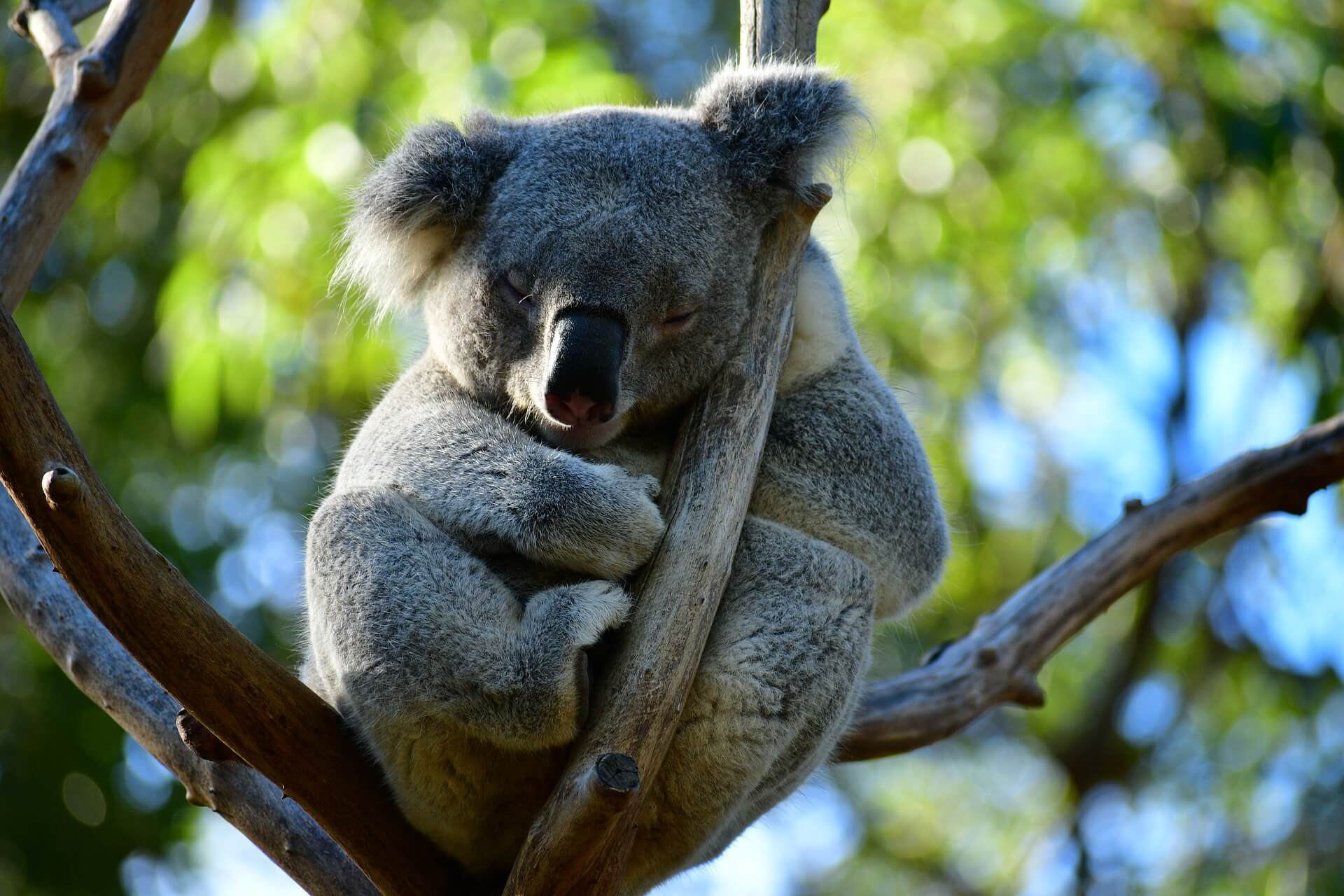 Koalas are the most adorable, cutest, cuddliest creatures on the face of this Earth! While that may just be our opinion, we had to start there and set the tone!

So if you love these seriously cute and cuddly creatures as much as we do, read on below as we check out five fascinating koala facts!

Although many people call them ‘bears’, these aww-inducing animals aren’t bears at all – they are in fact marsupials. These furry mammals lovingly carry their young in pouches. Immediately after being born, the joey climbs up to its mother’s pouch. Blind and deaf, it uses its strong sense of touch and smell to find its way up to the pouch where it will grow for up to six months. Oh, and it’s the cutest baby in the animal kingdom (and that’s a fact :)

2. They are very picky eaters.

These fluffy marsupials can munch on up to two and a half pounds of eucalyptus leaves in a day! You’d expect that all eucalyptus leaves would look the same to a koala, but you’d be horribly wrong. Koalas are extremely picky eaters and will select only the most nutritious, tastiest leaves.

Our furry little friends get their name from an Aboriginal term meaning, ‘no drink’. This is because indigenous people studying the koala rarely saw it drink. While it is true that Koalas get almost all of their water from the eucalyptus leaves they eat, they will climb down from the safety of their trees to drink from other water sources when they absolutely have to. Especially during heatwaves and in times of drought or distress.

Enjoy a nice afternoon snooze here and there? So do our cuddly friends! Koalas can’t store much energy, and when they are not feasting on eucalyptus leaves, they spend much of their time dozing in the canopy. Believe it or not, koalas can sleep for up to 18 hours a day!

5. Sadly, koala numbers are on the decline.

Around 80% of koala habitat has been lost to massive bushfires and illegal logging, pushing these amazing animals towards extinction.

With their trees gone, homeless koalas are forced to search for food and shelter on the ground where they are vulnerable to being hit by vehicles or attacked by dogs, two of the leading causes of death for koalas.

It is estimated that only 40,000 koalas are left in the wild. And if we are to save koalas from extinction we have to start by bringing back their trees.

Unfortunately, these amazing mammals are facing a dire future, if we don’t step in and help their survival. 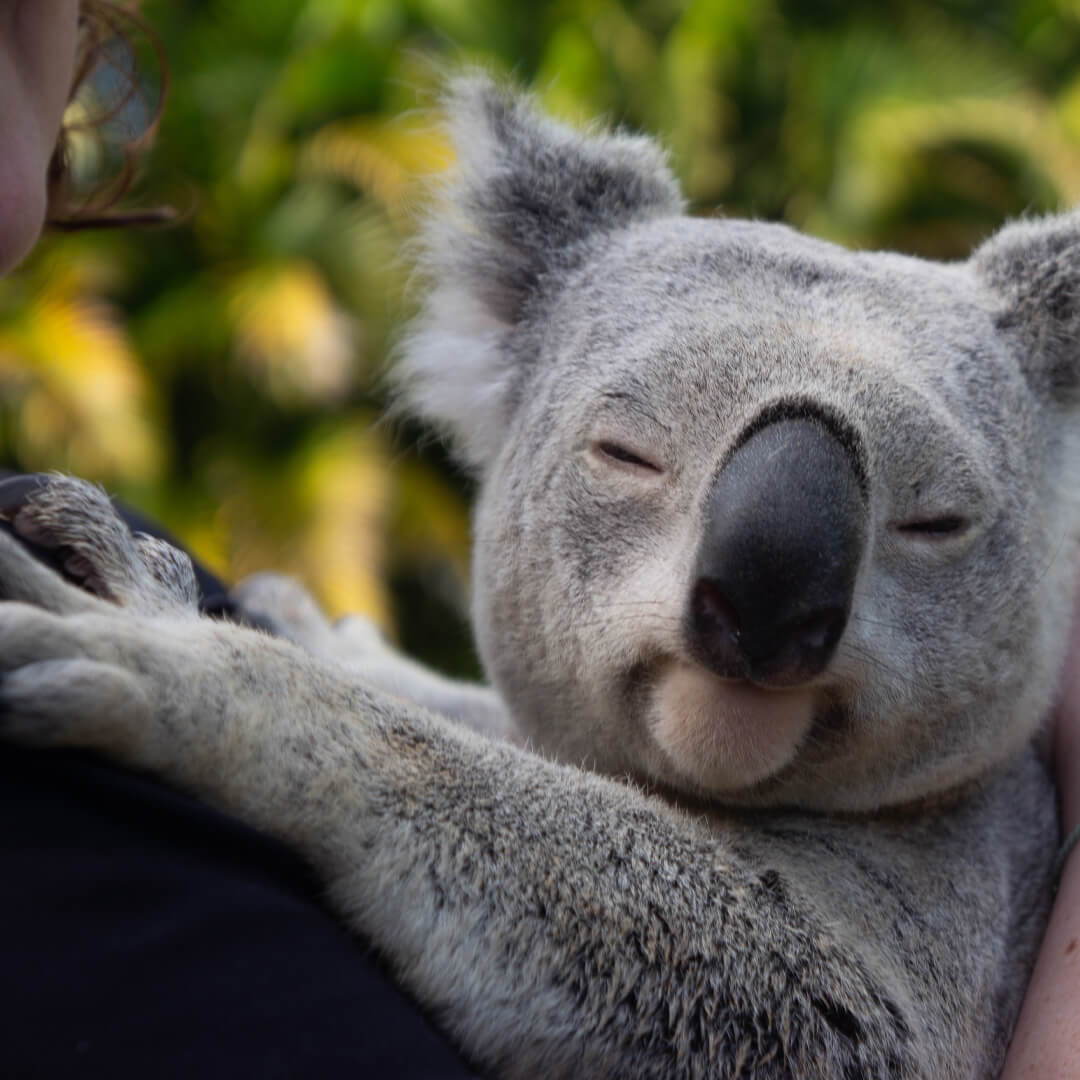 During the last year, Treehuggers Bracelets has been leading the way to restore koala habitats all across the Australian East Coast.

Planting over 130,000 trees in the region and bringing new hope to a suffering species. We take great pride knowing our products are making a difference in the lives of these little guys. Making sure that future generations survive and prosper.

While most of us may not be able to hop on a plane to Australia easily these days and get in on the planting, there’s something you can do right now to help save koalas.

One bracelet. One tree. Help restore Koala Habitats across the Australian East Coast.

GET YOUR BRACELET NOW

This video of a heroic grandma of seven rescuing Lewis the koala went viral last year during the horrific Australian bushfires. It shows this woman's daring effort to rescue the poor little thing. Using her shirt to cover the injured koala.

The gigantic bushfires that torched Australia have wiped out much of the koala population, pushing the iconic animals on to the endangered species list.

The fires have dealt a devastating blow to the koala population, which was already in decline prior to the fires. It is estimated that only 40,000 koalas remain in the wild, after uncontrolled habitat destruction decimated the population.

It’s a scary thought, but it is now estimated that without immediate human intervention koalas may go the way of the dodo, disappearing from existence.

With what is shaping out to be another horrific bushfire season, these cuddly creatures need your help. And you don’t even have to jump into the flames like that brave and selfless woman did.

By simply purchasing your Koala Habitat Band today, you give koalas a better future, quite simply, saving their lives. Every bracelet purchased plants one tree on protected land in Eastern Australia. Making sure the trees we plant grow healthy and resilient. Providing food, shelter, and a new hope for generations of animals.

GET YOUR BRACELET NOW

P.S... The time is now. These cuddly creatures are going to continue to suffer until we commit to helping them out. Do you have to compassion to give them a chance? Don't miss your opportunity to make a difference right here, right now. CLICK HERE TO MAKE A DIFFERENCE.